Home    Blog    Upon a Midnight Clear by Alec Shuttleworth
Blog

Upon a Midnight Clear by Alec Shuttleworth 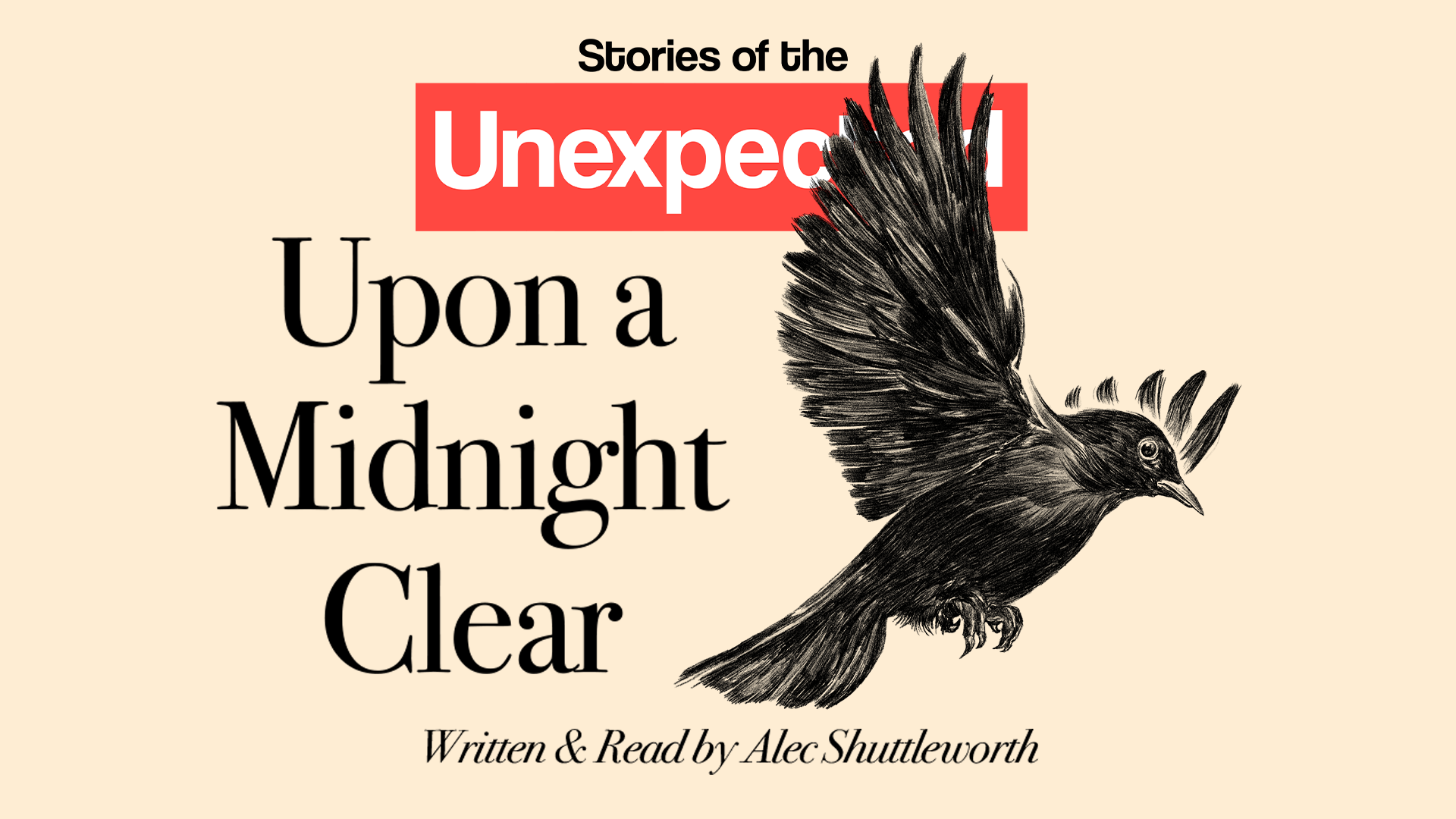 Listen to this story as a podcast: Upon a Midnight Clear

Upon a Midnight Clear

The power cut was probably caused by the weight of the snow on a cable somewhere. He brooded on the consequences as he watched the coal fire burning sullenly. No cheerful blaze, just smouldering embers in the grate. He had kept the coal fire in his room, a small room in which he slept and ate and spent his waking hours watching television.

There were meals in the small freezer which would stay frozen for as long as the power was off he thought. His old phone had plenty of charge if he needed to turn it on. He had gas cylinders for his primus and some tins in the cupboard.

He rarely put the unshaded light on its twisted and fraying cord on. 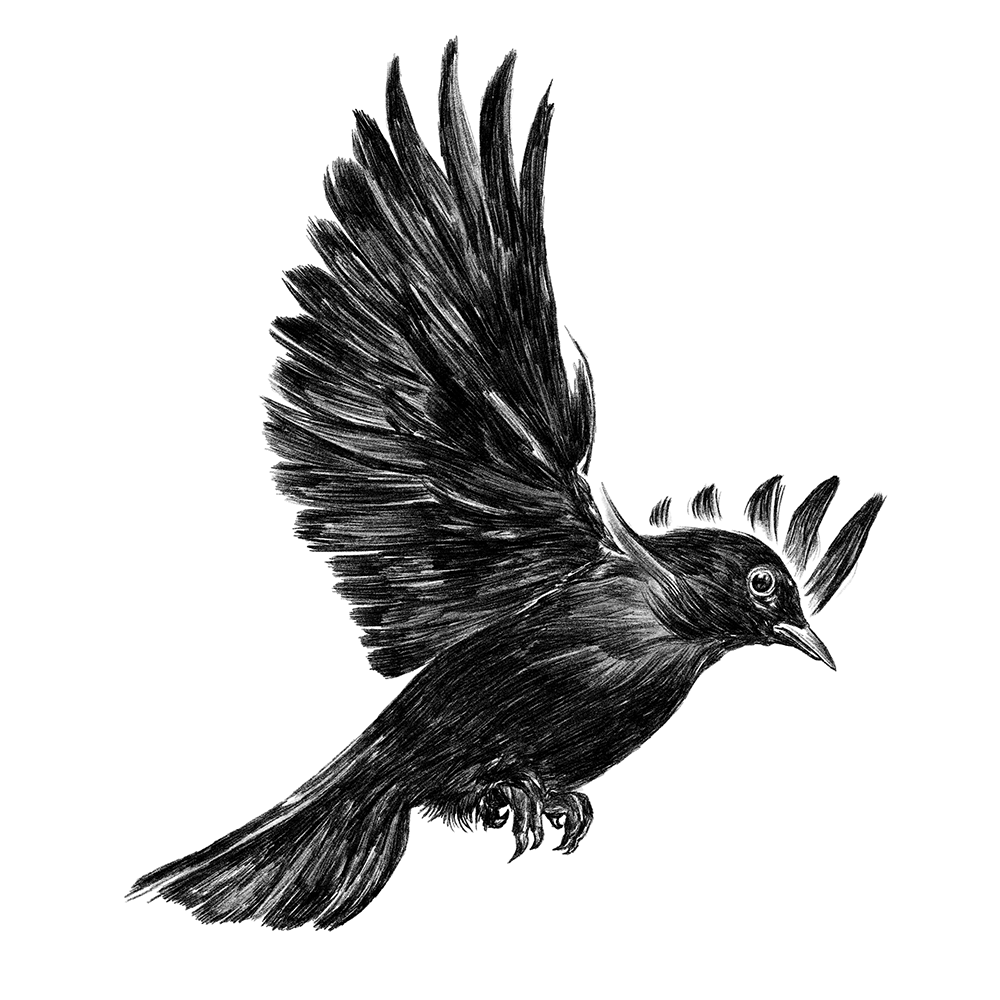 He rose and shuffled over to the window. Peering out he saw no lights. Nothing from the farm down the hill or the village beyond. So, it was not just him. The power was off everywhere. Someone else would report it.

He turned away to go to bed and heard for the first time the sharp taps. One two three…one two three.

Could someone be tapping on his window?

He looked out again. Nothing. Deep snow in his overgrown garden but no footsteps that he could see.

He moved toward the bed and heard it again. Tap tap tap. Tap tap tap. Almost insistent. He bent close to the window and there was a bright eye, staring unblinking back at him.

A blackbird probably, he thought, sitting on the rotted sill tapping on the window … tap tap tap.

Annoyed he flapped his hand, but the bird was not perturbed.

Tap tap tap. He crossed the room and crawled into his bed, pulling the ragged quilt and couple of heavy coats over him.

In his life in this room, time had long since failed to be significant, so he had no idea how long his tolerance lasted. But eventually he threw back his covers and thrust his feet into his lace-less boots and stomped towards the door. Even if he could open the window to shoo the bird away, which he doubted, it probably wouldn’t close again properly. The paint he daubed on the frame every year was no longer preserving the wood so much as holding it together.

He kicked back the rolled up jacket that served as a draft excluder, yanked open the door and went out into the hall, leaned  on the front door so that the old key would turn in the rusty lock and dragged it open.

The cold hit him first. He had left his coat on the bed. His breath drew the cold right into him. He stooped down and gathered up two handfuls of snow and compacted his missile ready to chuck at the bird.

Tap tap tap. There it was. Swift and accurate, he threw the snowball but the bird with a contemptuous chirp fluttered off unharmed into the thorn tree.

And that was when he looked up. And he was suddenly transfixed.

There was no moon that night. The clouds which had rolled over and unladen their snow upon the earth had moved away.

The sky was clear. And the vast canopy of the stars stretched above him. And he was transfixed. How long since he had seen the stars?

Orion’s belt. The plough. His eyes seemed sharper tonight in the clean cold, than in the fug of his room as he picked out familiar shapes, and the sweeping path of the milky way.

And as he stood in the snow and looked up, from somewhere in the buried past came a song.

It came upon a midnight clear…that glorious song of old. From angels bending near the earth to touch their harps of gold.

No sound but his own breath. He looked up at the stars. In solemn stillness. Small and alone. Very alone.

It was the cold that brought him back from wherever his mind had raced as he gazed up.

He shivered and went back inside, kicked the snow off his boots, but didn’t go back to his bed.