Have we just wakened from a long sleep? 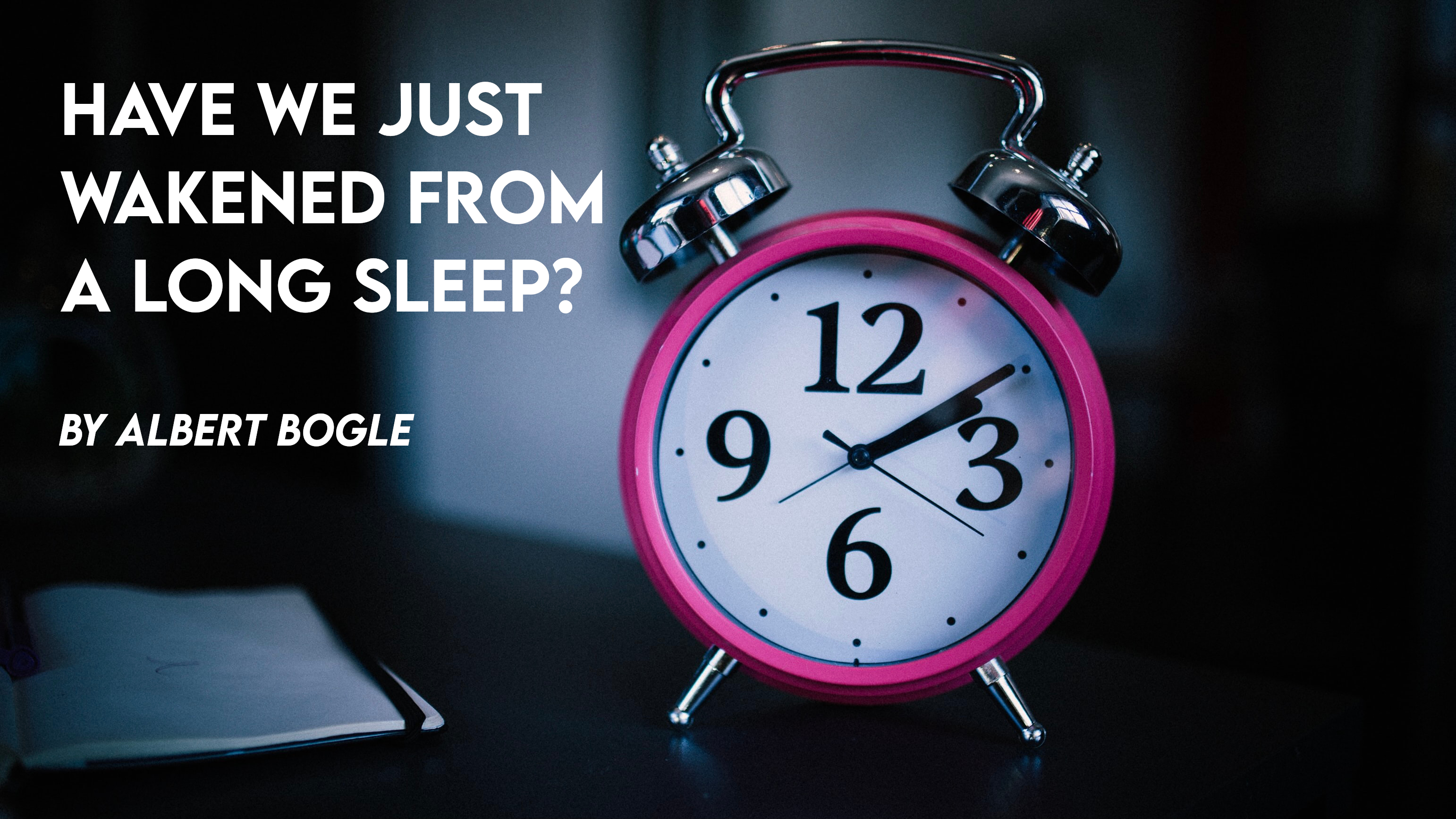 Politicians within my life time have spoken of great moments and movements of reform in terms of ‘The Winds of Change’. Could it be time once more for an honest weather check? The COVID-19 world pandemic has created a sociological and spiritual tsunami that has changed our world outlook. The terrain we once called ‘church life’ has changed. We are all looking for new roadmaps to navigate a changed spiritual and sociological landscape.

When I was growing up as a teenager writers, commentators, artists and politicians all feared the destruction of the world through nuclear weapons. You could literally feel the mood in the air by the way people spoke and talked about the future. It was as though an awakening had occurred and we were on a train heading for a derailment and no one knew quite what to do. Barry McGuire summed up the feeling of many in his hit song ‘The Eve of Destruction’.

The music of the 60s was changing and with it the world, everything was in flux. There was even the ‘Death of God Movement’. Dylan sang about ‘The Times They’re A Changing’ and I recall a whole generation of people recognising that technology and science had engaged in a giant leap for all humanity. Leading some to think humanity had outgrown the concept of God.

But while we celebrated science we also questioned where it was all leading. There even was a song entitled ‘Everyone’s Gone to the Moon’. The implication was that life could never be the same again. Humanity was seeking to escape planet earth. So the thought was the world had gone mad, (or perhaps the moon had affected all of us). It was as though the tectonic plates of our lives had shifted and things were fragile and less familiar. The old familiar landscape had changed. Certainty had gone and was not returning.

However a new dawn for humanity was emerging. Science was the master of the universe but it  was being overshadowed by a mushroom cloud. Technology that had brought one kind of  progress now threatened destruction with the hydrogen bomb. At least I felt that as a teenager.

The parallels in today’s world have a familiar catastrophic ring to them. Nuclear weapons still threaten our civilisation along with the threat of global warming. Bill Gates, billionaire founder of Microsoft, warns we must not underestimate the size of the challenge facing humanity. He has recently commented that we just need to remember two figures. 50 billion and Zero. It is 50 billion tonnes of greenhouse gases that humans typically add to the atmosphere each year and we need to reduce our usage to the zero target. Gates points out the solution to cut emissions to a level where any remaining greenhouse gas releases are balanced out by absorbing an equivalent amount from the atmosphere will be a Herculean task which demands radical action now. This time he warns we are on the eve of destruction.

It surely is time for a new world order. There is a longing in so many hearts today for the renewal of how we organise our world. We need to begin thinking about what the purpose of economy is and above all what is the purpose of church?  Is this a season of awakening? A time when we need to pray that the Holy Spirit is going to draw near to us all and bring about a renewal of faith in our world and our churches. We are living in such a moment, when hearts and minds are open to revaluing what is important to life. It is often the case that spiritual renewal parallels times of questioning and re-ordering of global priorities.

I believe this is a ‘shaking of the foundations moment’. There is a stirring in the air, across the world, like a changing of the guard, no one can quite put their finger on it, but we know when we come out of lockdown  —  lockdown will have transformed everything. Nothing will quite ever be the same again. There is a searching in the hearts of many to bring together science, economy and faith. It’s not enough to have wealth and the next smart technological gadget. Covid has left us all in search of a new humanity that recognises we are triune people made up of body, mind and spirit.

The Christian community has an opportunity to reset and reboot its mission on a course that goes far beyond the moon —  one that brings heaven to earth. The wind of change is blowing could it be the breath of God?  Now, is that not a weather forecast worth checking?

(This piece originally appeared in Life and Work magazine)

Albert - I think you are right. It seems to me right now we have a chance to pause and reconsider our ‘real’ priorities. I’ve valued the extra time forced on me to recall what was important, worrying at the time and yet passed…and forward, realising how precious time itself is to do stuff I should before I no longer can
and must be “led by the hand” etc.  Thank you for putting it better though!

Thanks Albert, lots of sense there.
Reset and reboot, there has seldom been such an opportunity…...
Cheers
Jim

“Thanks Albert, lots of sense there. Reset and reboot, there has seldom been such an…”

“Albert - I think you are right. It seems to me right now we have a chance to pause and reconsider our 'real'…”

“Thank you for sharing your thoughts, Albert: a very inspiring reading. Loved the analogy with the birds.”

“That is a way to live. It is not only beautiful but also just and true. Especially in difficult times like…”