Home    Blog    An Easter Hunt Through The Archives…
Blog

An Easter Hunt Through The Archives…

As the Sanctuary First team prepare for our Easter Sunday Service on the theme ‘The Ultimate Invitation’, Albert has been looking through the video archives. Join us in person at Falkirk Trinity Church for light refreshments from 15.45pm or online at sanctuaryfirst.org.uk/live from 16.15pm Sunday 1st April. *Bring a tin!* We are inviting folk to bring a tin of food with them to the service (or to have one to hand if joining in on the live stream) which we will then donate to a local foodbank. Over to you Albert!

As we travel through Holy Week I thought it might be good to take a moment to highlight some interesting material that you can find on the Sanctuary First site. It may well speak afresh to us at this time even if we have seen it before.

A great deal of the material that is in our archive was created specifically for the monthly Sanctuary First Service that used to take place for many years in St Andrew’s Bo’ness Church. Some of this material is still relevant and perhaps in future, because our technical expertise has advanced we should consider remaking some of it.

Can I encourage you to look through our video library there are some 36 pages of videos with 12 videos on each page so I guess to date that makes around 432 videos. You’ll need a good few hours to view them all. It would be interesting to get some feedback on material you think worth remaking. 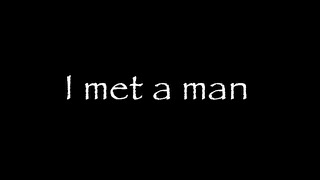 One video that I think we could re-edit that still has a powerful message is a meditation we commissioned Alec Shuttleworth to writ, I Met A Man. We used this video in the context of a church service, lights were lowered in order to focus on the words as worshippers were invited to consider the cost involved when deciding to follow Jesus. I have watched this video many times and it still gets through to me. This would be a great Good Friday meditation. Here it is in its original format it can still be downloaded from the site. (Watch now: I Met a Man)

Talking about Good Friday, there is a video on my Youtube Channel that tells the story of why crucifixion Friday is called Good Friday. It’s a song Iain Jamieson and I wrote  and recorded as part of our reflection on the first Vine Trust's medical ship called ‘Amazon Hope’ which was sent from the Clyde to the Amazon in 2001. The song was used as the screen titles rolled on the BBC documentary that told the story. It is worth noting that while this little ship was sailing the Atlantic to bring health and  healing, others had connived to bring about the destruction of the twin towers in New York. This is the reason for the 9/11 footage being included in the video. From the darkest vaults of hell the voice of hope and freedom can always be heard. Good Friday speaks hope into every desperate situation, reminding us of Resurrection Sunday. (Watch now: Friday Night Sunday's Coming). 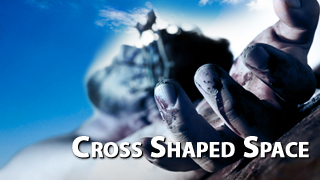 We have also tried on a number of occasions to produce what we have called a short Easter movie to be shown in church or in a secondary school setting to help generate discussion around the resurrection of Jesus. Here are two examples of films we made over the past two or three years.

We entitled one of the films Missing to allow us  the opportunity to explore the feelings of loss and anxiety that the first Christians endured. In the film we locate the story in a 21st century Scotland that has become hostile to belief in God. The film makes an interesting introduction to a discussion on the theme of intolerance within the curriculum of a secondary school. 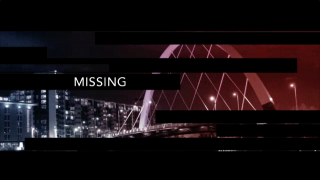 The writer of the script Fergus Buchanan who is a minister of the Church of Scotland, was seeking to use the medium of film to allow people living in our culture to begin to understand some of the real tension and fear that surrounded the first followers of Jesus. Many of these fears still exist in Christian communities across the world. The film also highlights how the radical teaching of Jesus turned the known world upside down in the first few centuries. (Watch now: Missing Part One and Part Two).

In the film The Antique Shop the owner is confronted with a visit from a stranger who looks somehow familiar. The film poses a number of questions about Christianity on a superficial and deeper level. It seeks to explore what happens when the fake is confronted with the authentic.

It further poses the question, what is more important: the relic of a past spiritual encounter or the reality of the daily grind of service that links us closer to the Lord? 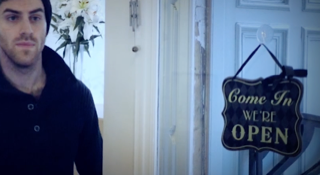 This is an interesting comical film that opens up a number of questions around the danger of attaching significance to holy objects. Too often the church is like an antique shop or a museum holding on to objects of past glory, when we are being called to be a movement being shaped and moulded by the creative power of the Spirit of God. (Watch now: The Antqiue Shop).

I look forward to another foray into the archives and I hope you will be around to enjoy the treasure hunt.

Thanks for reading and we warmly invite you to join us in person or online for our Easter Sunday service where we will share Communion and consider what it means to respond to the phenomenal hospitality of Jesus! Remember to bring a tin if you are able.