Event starts in one day... 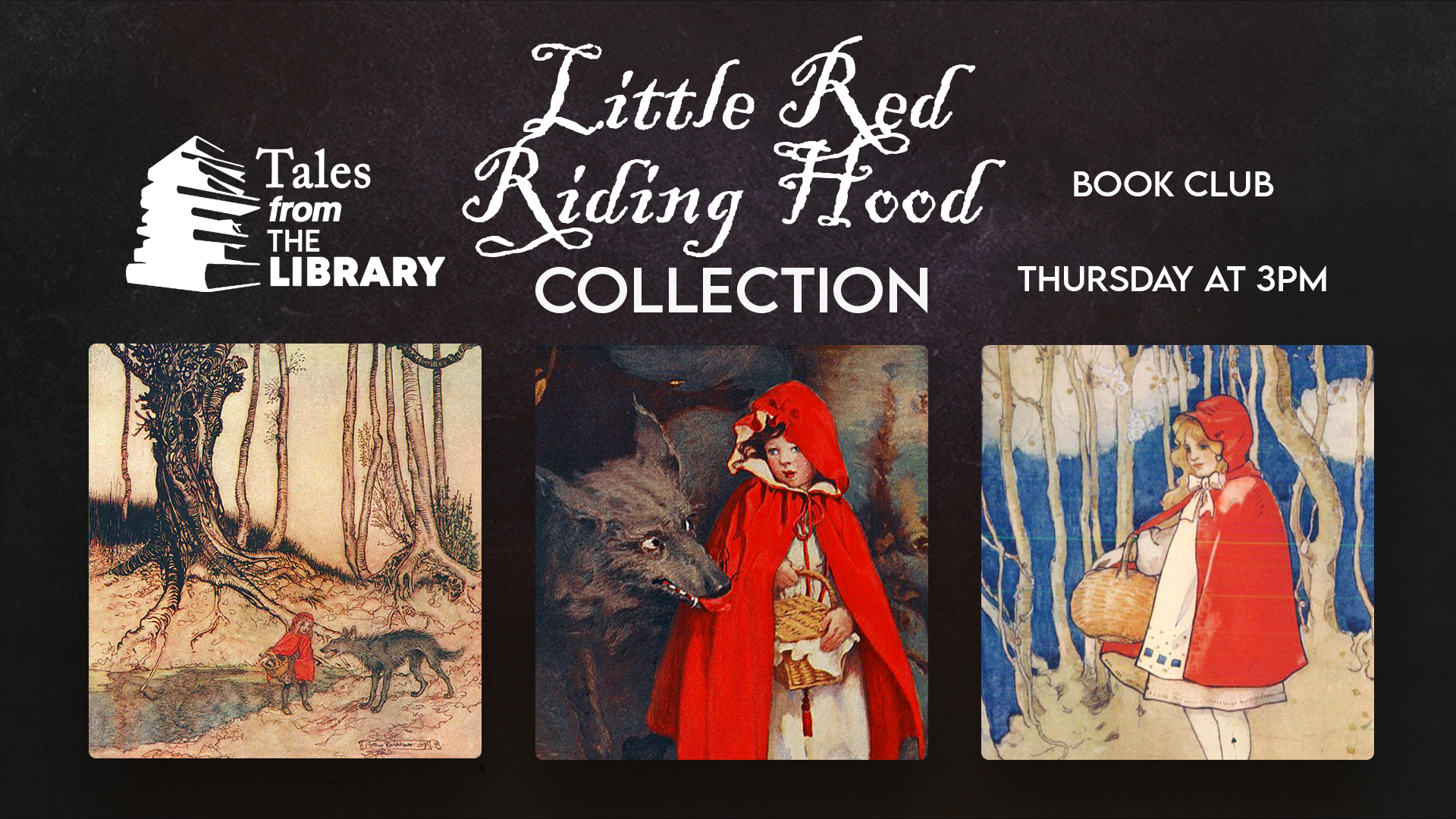 Listen to the specially recorded audiobook:

This week on the Tales from the Library Book Club we will be reading the well known tale 'The Little Red Riding Hood'. However seeing as we all know it so well, we will be looking at three different version of this story, all by different authors, and then compare and discuss!

The famous tale of a girl who meets a wolf while taking a basket of food to her grandmother. It has origins in oral story-telling from before the 17th century. It has changed a lot in its retelling and continues to develop in modern versions.

Jacob Grimm (1785-1863) and Wilhelm Grimm (1786-1859) were German philologists who published ‘Rotkäppchen (Little Red Cap)’ in their collection, ‘Kinder- und Hausmarchen (Children’s and Household Tales)’, known in English as ‘Grimm’s Fairy Tales’. The brothers transcribed these tales directly from folk and fairy stories told to them by local people. This version dates from 1812 and is perhaps the most well-known.

Angela Carter (1940-1992) was an English novelist, short story writer, poet, and journalist, known for her feminist, magical realism, and picaresque works. She published ‘The Werewolf’ in her collection ‘The Blood Chamber’. Carter did not want to write a version of the original tale but rather ‘extract the latent content’. This version dates from 1979.