Standing on the Borderland

Reading Amanda’s reflections on horizons at the end of last month’s theme, I was transported back to the beginning of September when I too spent time on the Hebridean Island of Coll. My cousin turned 30 this year and this trip was my birthday present to her, to swim with sharks and view the wildlife of the island. Even though it was my cousin’s treat, I was so looking forward to a relaxing few days away. I needed time to rest and reflect after back to back placements following a year of studying at university.

We had travelled up to Oban on the train and the nearer we got the wetter and windier it became. After spending a night in a B&B we boarded the ferry and arrived in Coll in what seemed like a gale! We were met by the team who were to be our guides for the duration of the trip. They explained that due to the strength and direction of the wind we wouldn’t be able to go out on the boat for our first encounter with basking sharks. Instead they would take us for a wildlife walk.

So, in the raging wind we set forth, and they took us to the North West of the island where we walked along the beach. Well, I say walked but probably pushed or battered along was a better description. I felt like Dorothy from the Wizard of Oz, about to be swept up in the wind to be deposited in another time and space. The wind was howling, and it was so strong that I could not breathe. I had to pull my jacket up past my mouth and nose so that I could breathe.

The team we were with study the basking sharks in the area, so as we were walking we were to look out for shark egg casings among the debris that washes up on the shoreline. And despite the wind the beach was stunningly beautiful. The yellow sand and the clear water contrasting starkly with the blue, grey and purple of the stormy sky.

One of the team told us that where we were now standing on the island there was no landmass until North America. It was just the horizon and the Atlantic Ocean out there. That was the reason the wind was so strong, and the waves were so huge. There was nothing in between to slow it down. What we were experiencing was the stormy tail-end of a hurricane from the other side of the Atlantic. 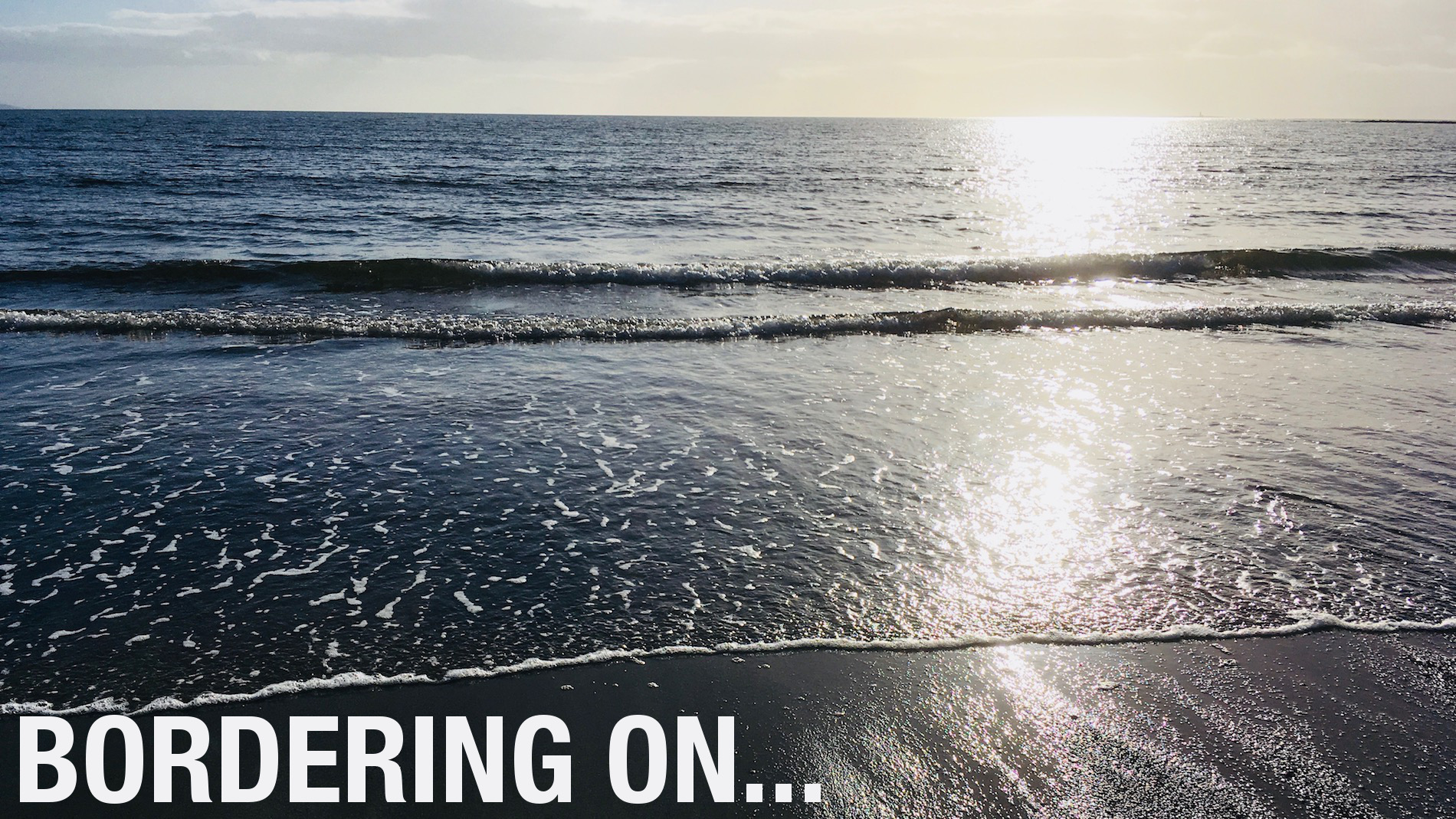 This stopped me in my tracks, capturing my imagination. On this part of the island I was standing on a borderland, to the west the expanse of sea and North America. To the east the rest of the island of Coll, and further east, mainland Scotland and home.

Standing on that beach in the howling wind, looking out to the tumultuous sea, under that dark but beautiful sky, I considered my own borderland. I was just finishing my final placements. I only had one more year of University to go. A year to reflect and consolidate everything I have been learning throughout my training journey and to consider how it all fitted into my future ministry.

As I looked out into the expanse of what my future ministry might be I imagined how many other people over the centuries have stood on that same borderland on that beach on Coll. People who gazed out to sea, in a physical or mental storm, and pondered what lay behind them and what was out there beyond the horizon.

That in-between space of a borderland can be disconcerting, it can be scary. Do you look back and stick with what you know, with what is familiar? Or do you go forth into the unknown?

I don’t know what lies ahead but I know God has a plan for me. If I trust him and rely on his strength then I will have the courage to go out beyond the horizon, no matter what the weather.

“Hello Mary, Good to hear from you. We're keen to know how many people would be interested in working with us…”

5 days ago on ‘ The Virtual Coffee Shop ’

“Had vague thoughts along this line. Very interested in the franchise for local groups”

5 days ago on ‘ The Virtual Coffee Shop ’

one week ago on ‘ The Virtual Coffee Shop ’

“Yes the live tag will be on the website just before 10.00am this morning. When numbers increase beyond ten we…”

one week ago on ‘ The Virtual Coffee Shop ’