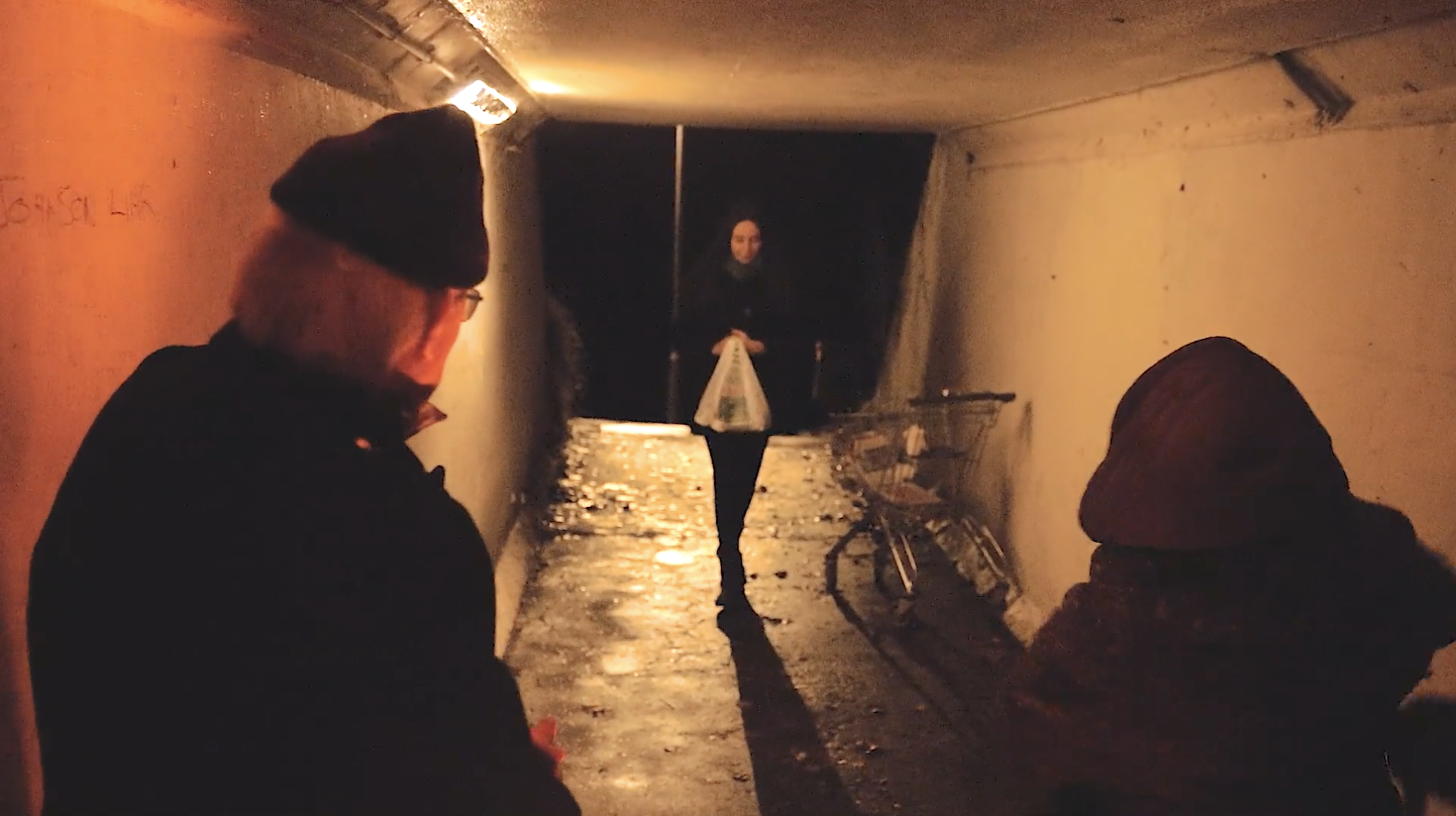 In developing the concept of “When Grace Comes Into Town” we wanted to produce a short film that had a darker, urban edge to it. Some stills from the film feature in this blog post.

We have created a film acknowledging  that life for many people only gets harder at Christmas, It would have been easy to fall into the trap of writing a Christmas movie script that emphasised the feel good factor we all long for at Christmas. The tinsel and the mulled wine and the log stove burning, while Christmas tree lights shimmer in the mood lit room — but the reality is that Christmas is not like that for so many.

All around the world people are living with fear and violence as they struggle to make their income stretch out to the end of the day never mind the end of the week. This is the scenario for many people who are living in the UK. Poverty is not only restricted to developing countries. It is all around us.

The following is from the charity FareShare:

“8.4 million people in the UK are struggling to afford to eat

This is equivalent to the entire population of London

Hunger in the UK

4.7 million of these people live in severely food insecure homes. This means that their food intake is greatly reduced and children regularly experience physical sensations of hunger.

UN figures also show that 5.6% of people aged 15 or over struggle to get enough food. A further 4.5% report that they have been a full day without anything to eat.

Our own research shows that 46% of people accessing the services of our charity partners have gone a whole day without a proper meal in the last month. 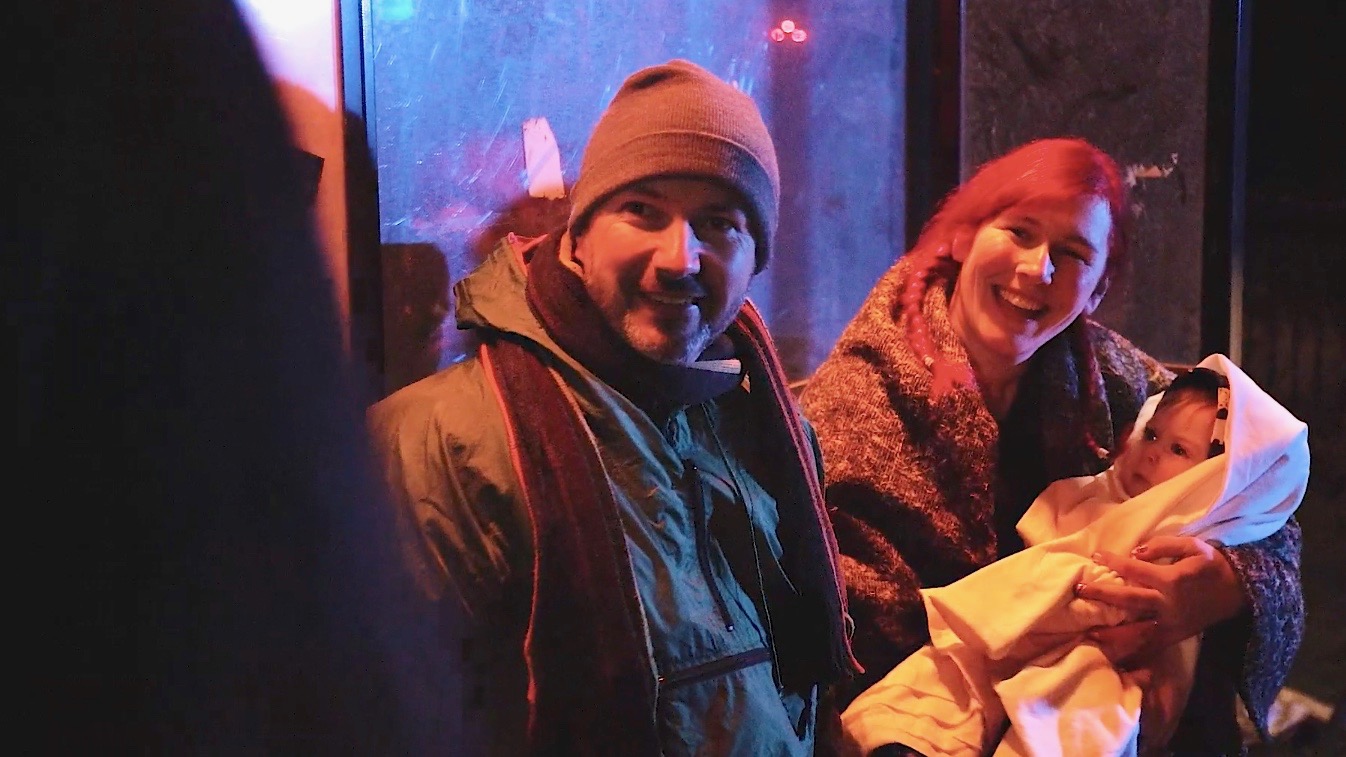 Our new movie is a digital parable engaging with the issues of homelessness, hunger and social cohesion. We shouldn’t think that the UK is immune to social unrest. If we as a society allow these issues to continue we will be facing a crisis that we have never encountered before. If we add to all this the uncertainty of a changing climate, and mass migration of people, then the picture of a young girl running in the night to find sanctuary may not be far off the mark. In many respects the film highlights the dangers that exist at present. However the one ray of hope is that things can change.

The Christian message is that people change situations — not programmes or even governments. Although I must admit that governments can create the opportunities for people to flourish and in doing so bring about change.

Christmas reminds us that God became one of us in order to bring about the changes. It’s when we look into the face of a young child that we begin to understand what Jesus meant when he brought a child into the midst of inquiring onlookers saying “Unless you become like a little child you will never enter the Kingdom of God.” (see Matthew 18:3). What did he mean by that? I think he meant we need to begin to re-learn what it means to trust each other more. Trust is the one thing missing in our world today and it is mistrust that breeds fear and creates violence and disunity. Somehow when grace comes into town — people, plans and even politicians and priests all change.

“James thank you got this blog post. It explains clearly the opportunities for various folk to start…”

2 months ago on ‘ Christmas is coming! Chubby geese! ’