The Unexpected Gift by Christine Colliar 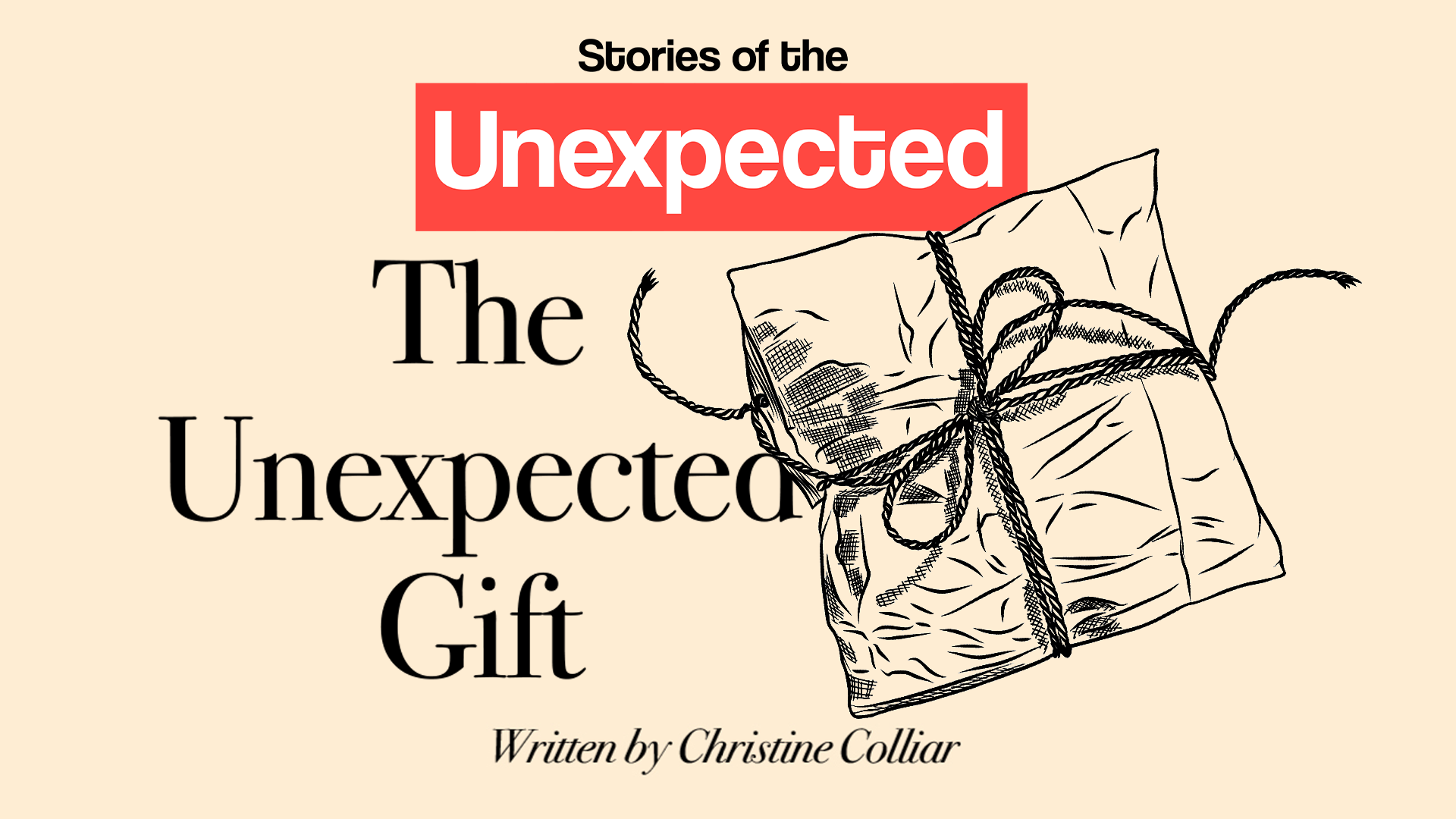 Listen to this story as a podcast: The Unexpected Gift

Nobody understands me! Mum and Dad are too busy! They’re always driving Mrs McLeod to the shops or taking meals round to that new family, just because the father doesn’t have a job. I was in the garden earlier and Dad wouldn’t push me on the swing. Well...he did...a little bit, but it wasn’t even two minutes! I started counting the seconds and he laughed and said I should go with him to deliver the meal to that family while it was hot. They have a new baby, he said. But I didn’t want to go. I’m cold. I don’t mean I’m actually cold here under the covers. It’s nice and warm here as I write and the light from the torch makes it cozy. I just feel cold inside. I don’t want to share my Mum and Dad.

I’m cold again, but this time I’m actually shivering, even under my big warm duvet. It’s been snowing! We went sledging down the hill behind the shops. Mum laughed so hard she couldn’t talk! Then she and Dad had to go of course... more good deeds to do, blankets to deliver or something like that. I stayed and built a snowman with Jake and Laura from school - and a snow woman and a snow baby! It was fun! 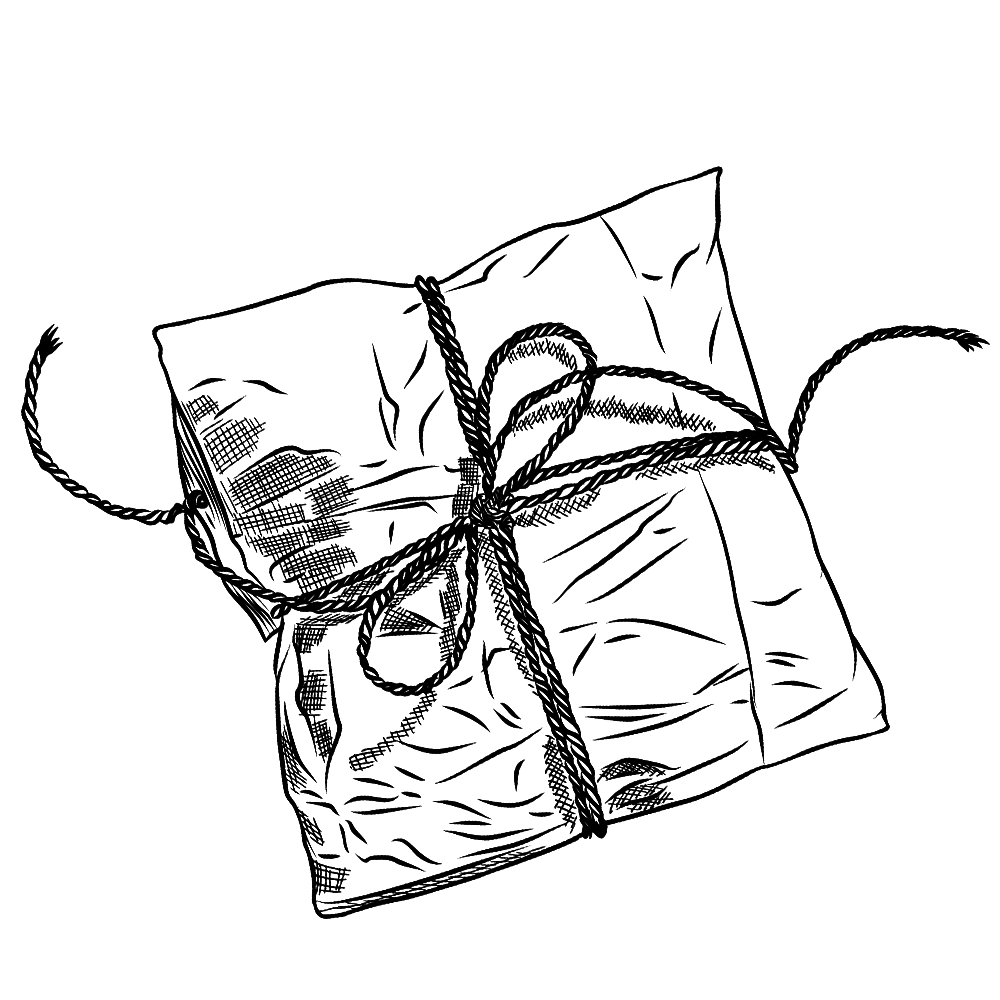 Still snowing. Made another snowman. Dad gave it a carrot nose, said it looked like me! I threw a snowball at him. Mum wasn’t there, she was playing the piano at some concert at the old folks’ home. Did she really have to?? I can’t roll my eyes on paper, dear Diary, but just imagine I’m rolling them way back in my head.

Something really really weird happened today. First of all I need to set the scene a little. It’s freezing! It’s so cold that my breath just about froze coming out my mouth. I was stamping my feet on the step to get the snow off before going inside - Mum doesn’t like us leaving wet footprints - when I heard coughing. I was pretty scared because THERE WAS NOBODY THERE! Honest! I rushed inside shouting for Mum and Dad. My mind was racing - could it be a ghost, or maybe an angel?! It is almost Christmas after all! Dad took charge and it turned out to be only a man in the garden shed. I don’t know why he was there, our shed isn’t exactly the place I’d want to sit down in, let alone sleep - and it looked as though he was all set to settle down there for the night on some old sacks. I don’t know what happened after that because Mum took me inside to let Dad deal with the Mystery Man. He wasn’t very clean, I can tell you that much. Anyway, I’ve had a lovely hot chocolate and feel much better after my fright. Night night!

You’re not going to believe this because I can hardly believe it myself! He’s sleeping in our house! They brought him inside OUR HOUSE! My parents have finally flipped. He’s dirty! Well, he’s had a shower, so he’s quite clean now I suppose...but I saw his horrible old smelly trousers. Mum was washing them and she gave him some of Dad’s clothes to wear! I just hope I don’t have to be with him at meals or anything.

I had to eat with Mystery Man!! Mum said I had to eat at the table like we usually do, that he is a guest in our house and I couldn’t take my food to my room. WHY IS SHE LIKE THIS? He had two servings of chocolate cake! Two! He said he hadn’t had cake in a very long time. Well, I hadn’t had cake for a long time either! At least since Tuesday! But I thought he had a tear in his eye, I don’t know why he would cry over cake.

Mystery Man sits outside a lot, even when it’s freezing. I watched him from the window today. He was working on a piece of wood with a knife. I don’t know why, it looked a waste of time to me. And the wood shavings went all over the bench. Mum doesn’t like it when we make a mess, but she took him some tea and just smiled at him.

The man from the garden shed was carving when I came home from school. He stopped and looked at me, but he didn’t speak. I thought his eyes looked a bit sad. Mum made me take tea out to him, and I stopped a bit to watch him carving. He let me have a go on a new piece of wood. I like the woody smell. It’s so real, if you know what I mean. I’m going to continue tomorrow, it’s going to be a bird if I can manage it.

Worked a bit on the carving with Mystery Man after school. He doesn’t say much but he’s a good teacher. I didn’t even feel the cold. My clothes have that woody smell, it’s like living in a forest!

School got out early for the holidays. I was going to go sledging with Jake and Laura but came home to work on my bird. Mystery Man laughed at dinner. He hadn’t laughed before. We all sang carols afterwards and brought out the Christmas decorations. I showed him our nativity scene, with Mary, Joseph, the donkey and the sheep, the shepherds and the wise men. Mum was smiling but I thought I saw her wipe away a tear.

I’m getting excited about Christmas! Mum took dinner to the neighbours and I helped Dad make ours. I watched out the window as Mystery Man worked on his carving. I joined him for a bit and we carved together in silence, breathing in that nice woody smell you get from the fresh shavings. The night was so clear and I felt so small under the stars but oh so happy, it’s hard to explain... Later, after we’d eaten, he looked out the window a long time at the road - just stared at the road going off into the swirly darkness. I hung my stocking up and went to bed early - we shouldn’t be awake when Father Christmas comes!

What a day! I rushed downstairs to see my Christmas presents and the tree looked lovely in the morning light with bright wrapping paper on gifts all round it. Mum and Dad came down and we started opening parcels. But after a few I realised that Mystery Man wasn’t there. I thought maybe he was still asleep so started to go to his room, just to peek in. I thought we could take him breakfast in bed - I bet he’s never had that before. But Dad stopped me. He didn’t say anything, just gave me a note. It was like you see in the films - I unfolded it and it all seemed to be in slow motion, as though I was watching myself do it, and I knew what it would say before I read it. It was a goodbye note. Just three words: GOODBYE THANK YOU. I didn’t want to believe it and ran upstairs. Yes, his room was empty. His bed was made. I ran to the kitchen door and outside (and I still had my slippers on!) just in case he was at the bench or the garden hut...but no...there were some wood shavings on the ground, but that was all. Mum and Dad were at the door watching me, and Mum didn’t even mention my slippers. I’m going to miss him. Can you believe that? After what I thought at first - I didn’t even want to eat with him then! Mum said Mystery Man had got itchy feet and it was time he went to help another family. I don’t know what she means by that, because surely that’s the wrong way round? Oh, Diary - he’s GONE... We went back to the living room and Dad asked me about a parcel under the tree wrapped up in newspaper. I was sad about our visitor leaving but had a feeling I just had to look at the parcel. You’ll never guess what it was! Well, the newspaper was the best wrapping paper, it made it all so special, nothing artificial, and I could smell a familiar woody freshness and just knew it was from HIM! I imagined Mystery Man watching and smiling as I had a first glimpse of the carving. He had made a baby Jesus to go in our nativity scene! I could see every finger and teeny tiny toe of the perfect little baby - I could even see every eyelash. I must have held it for a very long time because Mum said I could put it in the nativity scene, and I laid it down very very gently where the mother and father and all the shepherds and wise men could see him and look after him.

p.s. Almost forgot - we all went to visit the new neighbours, took them some Christmas dinner. I gave them the bird I carved (and the mother cried a little - dad said the bird is a symbol of hope but I don’t understand why she cried).

p.p.s. It’s really late so this is absolutely the last thing for today, because I’m going to help Mum at the old folks’ home tomorrow. They need good singers for the sing-along and I can do that.  I just wanted to say -  it may be mid winter, but I don’t feel so cold inside any more!

How wonderful! What a heart warming story. Thank you.

“Thank you Mary,Please continue to prayer along with us. The team is working hard over the next two weeks to…”

“It's so great to know that the Church is still in touch with our developing society. I have been involved…”

“Looking forward to this series!”

“I think you'll find it's Spittal Street, which has one of these origins: - lands the revenues of which…”