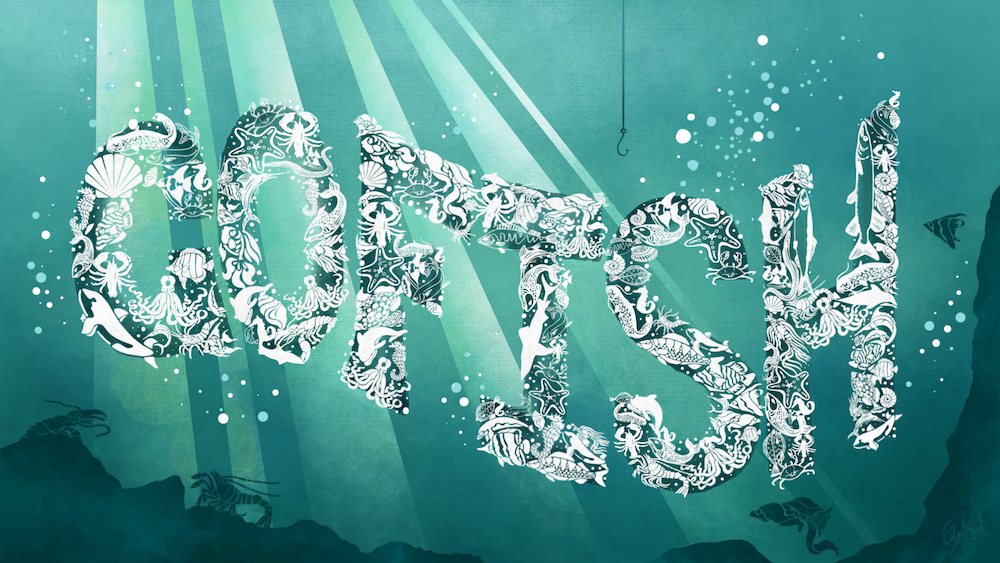 Just as light plays on the surface of water, glancing off the glittering scales of the fish underneath we are going to play with words this month as we consider Jesus’s instruction to Go Fish!

As he walked by the Sea of Galilee, he saw two brothers, Simon, who is called Peter, and Andrew his brother, casting a net into the lake—for they were fishermen. And he said to them, ‘Follow me, and I will make you fish for people.’ Immediately they left their nets and followed him. (Matthew 4:18-20, NRSVA)

As he walked by the open plan office of Galil-E, he saw two imagination engineers, Simon, who is called Pete, and Andy his brother, coding a new project — for they were developers. And he said to them, ‘Follow me, and I will make you developers of people.’ Immediately they left their laptops and followed him.

As he walked by the food bank at Galilee Crescent, he saw two volunteers, Simone, who is called Petra (nobody remembers why), and Andra her sister, yarn-bombing a display in the community centre — for they were also knitters. And he said to them, ‘Follow me, and I will make you knit lives together.’ Immediately they left their wool and followed him.

‘Pentecost’ is when the church celebrates the Holy Spirit empowering and enthusing Jesus’s followers after the resurrection. The word enthusiasm comes from the Greek ‘enthousiastikos’, which itself comes from ‘enthous’ which meant ‘possessed by a god.’ To be enthusiastic about something is to be truly spirited and inspired, infused with something divine.

How can we be enthusiastic fisherfolk? How can we use the God-Given, Jesus-Bought and Spirit-Unwrapped gift of language to play around with ideas of casting nets, casting on stitches and perhaps podcasting to explore God’s network and catch the catch of the day?

See the Resource Pack PDF for more information including weekly subthemes and daily Bible readings and prompts. See the Discussion Group Questions PDF to see the material adapted for a small group context.

“What a comfort to know he is with us always through all times of difficulty.”

“Thank you for "Always" a wonderful promise to hold on to in all seasons of life.”