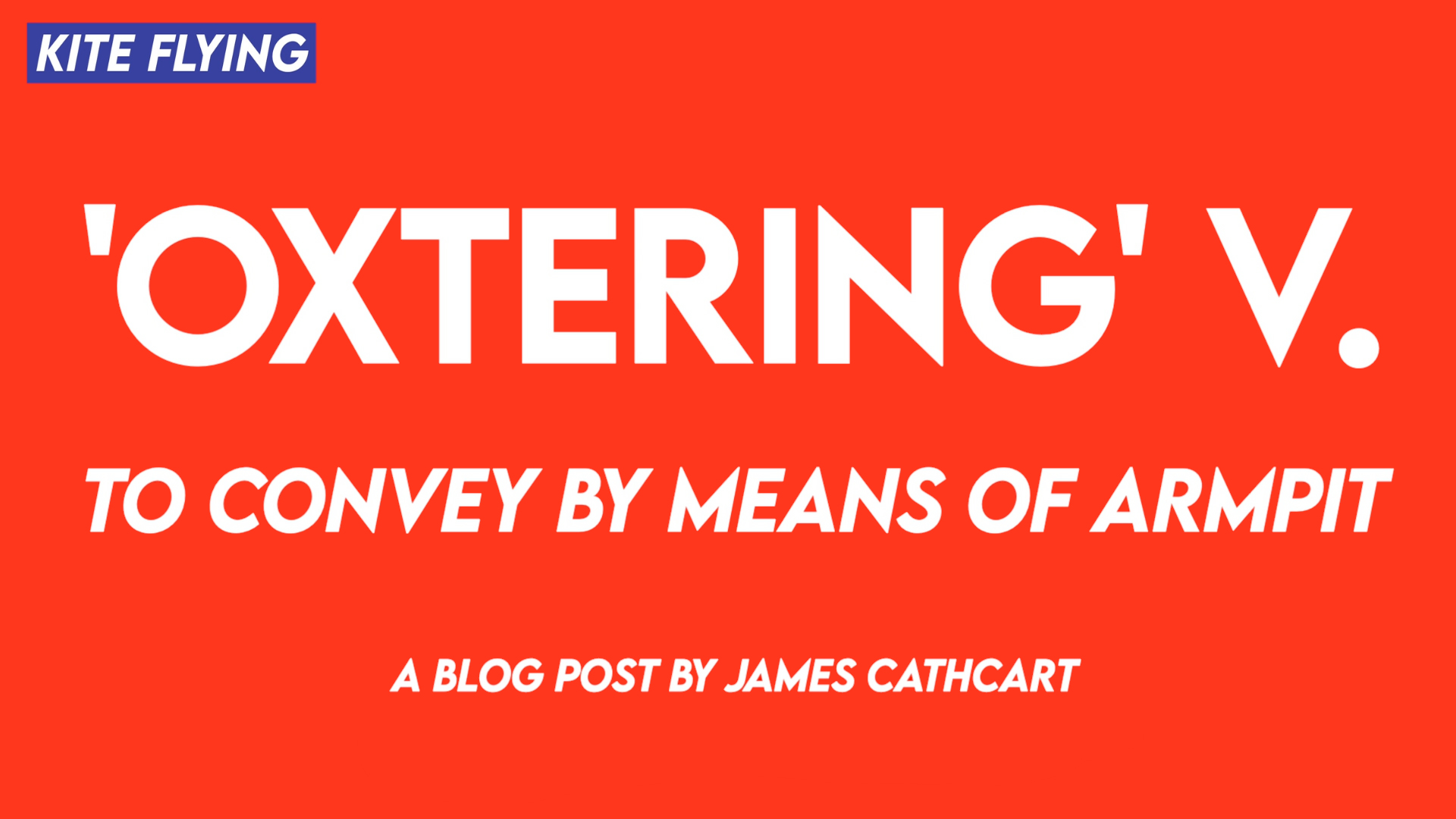 In this latest post in our Kite Flying series, wherin we explore what it means to follow Jesus in the 21st Century, James Cathcart discusses the Scots word Oxtering, v. To convey by means of armpit...

When you oxter something you tuck it in close, you have to hold it snugly enough not to drop it but lightly enough to avoid crushing it or yourself. Many a lunch (and shirt) has been ruined by an overenthusiastic oxtering.

A lot of armpit chat, right? Trust me I’m going somewhere with this.

Now there are things you can oxter and things you can’t. Excessively awkward and heavy things can’t be oxtered, or at least not without pain or discomfort. When something is oxtered it is pressed against our ribcages, near our hearts. Treasured things can be oxtered with care. For instance one could gently oxter a bouquet of flowers, or a bottle, or a baguette or a blanket on the way to a picnic with a loved one.

Things cannot be oxtered for a long time without putting down or readjusting. The armpit is only ever a temporary conveyance solution, but it’s a handy one in a jam. And while English speakers around the world have to go to the length of saying “I’ll stick it under my arm”, we in the know can simply say “I’ll oxter it”, using half the syllables.

So why on earth am I blethering on about oxters and oxtering? And what do oxters have to do with flying kites? Well, in answer to the second one can of course oxter a small kite while climbing a hill to find a good vantage point. To answer the second I’ll do so via a beautiful proverb I once heard.

It runs, “Throw your heart out in front of you and run to catch it.” That’s like ‘seize the day’ with bells on isn’t it? Beautiful little bells. What a wonderful way to talk about stepping into the unknown, entrusting our hearts, airborne up aloft, running headlong in pursuit, open to what may come.

It’s wonderful but scary, and a little reckless. Do we really want to let go of our hearts long enough to throw them forward? There may be times in our lives when we are called to throw our hearts out into the future — to trust and leap. But we need our hearts for many things, to endure, to survive, to feel; often we need to heal and rest, tend and mend. Our hearts cannot be locked in the past but they can’t always be running away into the future. Our hearts, by and large, are at the heart of us — sustaining us and fortifying us in this present moment.

Many of us are carrying a lot of fears and anxieties at the moment. In fact I imagine most of us are. They press on us. They’re on our mind. They bear down our shoulders. They weigh down our arms. They keep our hands full. They take up a lot of our time.

As we’ve been exploring this past month at Sanctuary First in our theme Telling Time, time is a strange thing. Theologically, scientifically and day-to-day, time throws us a lot of mysteries. Why doesn’t time flow constantly and continually at the same rate throughout the universe? How can God be both inside and outside of time? Why does today drag in but the past several weeks and months slide by in a blur?

Life in lockdowns has sent us time travelling all over the place. It has given us new opportunities to be ‘in the moment’, to reconnect with the past, and it’s also forced us to plot out new futures. 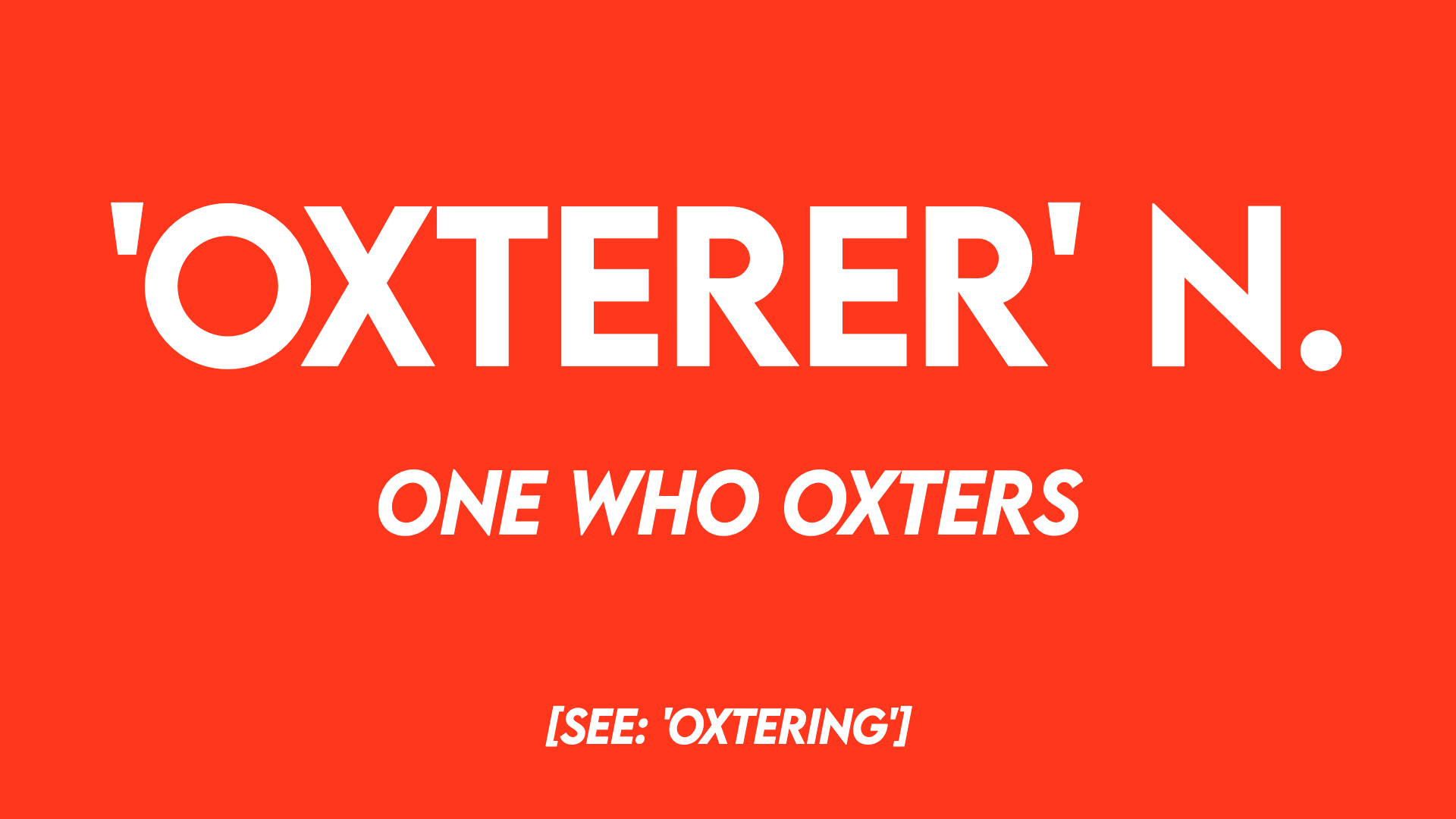 In this Kite Flying series of blog posts we’re asking what it means to follow Jesus in the 21st century. In the midst of this time of upheaval. How do we carry the uncertain future we face?

I suggest we oxter it.

When you oxter something you have to hold it snugly, but gently. You can only carry it for a short while before putting it down again. Things that are oxtered are held close to the heart, but safely. Oxtertible things have to be light enough to tuck under our arms, so if we oxter our future we have to make our future flexible and portable enough to carry lightly.

In the plans we make in the coming years to work together to build a better world we can’t ignore the challenges that the future brings us. Sometimes we’ll need to get hands on and dig into all the ins and outs of what the future holds. But day by day, hour by hour, minute by minute — we can oxter the future, holding it lightly and snugly.

In the second episode of my Mind Body Breath podcast series Amanda MacQuarrie talks movingly about the idea of finding your calling and discovering that “you are in the movement of something else”. The oxterer (n. one who oxters) is someone freed up to be in the present moment. It’s the original handsfree storage solution. With our future tucked under our arm for temporary safekeeping we can be open to seeing the wonder unfolding around us, the pull of life that carries on singing of God’s goodness.

When you oxter something it leaves both hands free. We could of course pick up two new things to carry with those spare hands.

Or we could put them together, look up, squint, and pray.

“Very much looking forward to this !”

“Thanks Albert. Generosity is a good word/ concept. Generosity/grace to self in a place of tension, generosity…”

“Jim , what do you think are the blockers to change?”