History has taught us that it is through creativity and diversity that God has renewed the worship of his people. We are called to be pilgrims moving from imagination to expression, from expression to action, and from action to reflection; a picture of incarnation, which surely must be at the centre of all Godly communication and authentic worship.

The fear of the medium taking over the message continues to be at the centre of the Christian communication debate. Indeed it is at the centre of all of our lives, whether we be Christian or not.  It is easy to allow the medium, be it phone or tablet, to grab our attention over the reality of what is happening in the moment. A few years back I was given a a wooden box as a Christmas present. inscribed on the lid are the words, “Be Present”. For a number of months it sat on our coffee table ready to look after the mobile phones of those who found themselves addicted to answering every call. It was a gentle reminder to me to focus on the people present.

When it comes to worship the fear of the screen taking over the worship space continues to engender lively debate. However in many cases the screen in worship is an invitation to those not present to be present through the power of the internet and it is an invitation to explore the power of the unseen, to connect us to the eternal. In many ways the debate has moved on beyond the critique of the 90s when some innovators were accused of  simply having screens in church to mimic youth culture. Today the screen in worship is rapidly becoming the connector that brings more people into the same space.

However the remarks of Lord Runcie former Archbishop of Canterbury, over twenty years ago denouncing services designed to attract those influenced by ‘youth culture’ as ‘dangerous’ and ‘dreadful’ no doubt can still be found in some church circles. And indeed may still account for the reluctant way the churches have found themselves embracing the communication technologies of the 21st century. This thinking reflects the schizophrenic attitude of our church establishments regarding popular culture and how it should influence the architecture of worship. While there has been a monumental shift in the way those in the central church committees now view for example popular culture in terms of  social media and the communication revolution, in many cases this has not been embraced at a local level and when it has, too often there is little expertise in how to use the tools effectively. The facts are plain to see, hundreds of local churches may well be sleep walking into oblivion because they are unwilling to embrace a different way to be church but also because they don’t know how to be church in a different way. 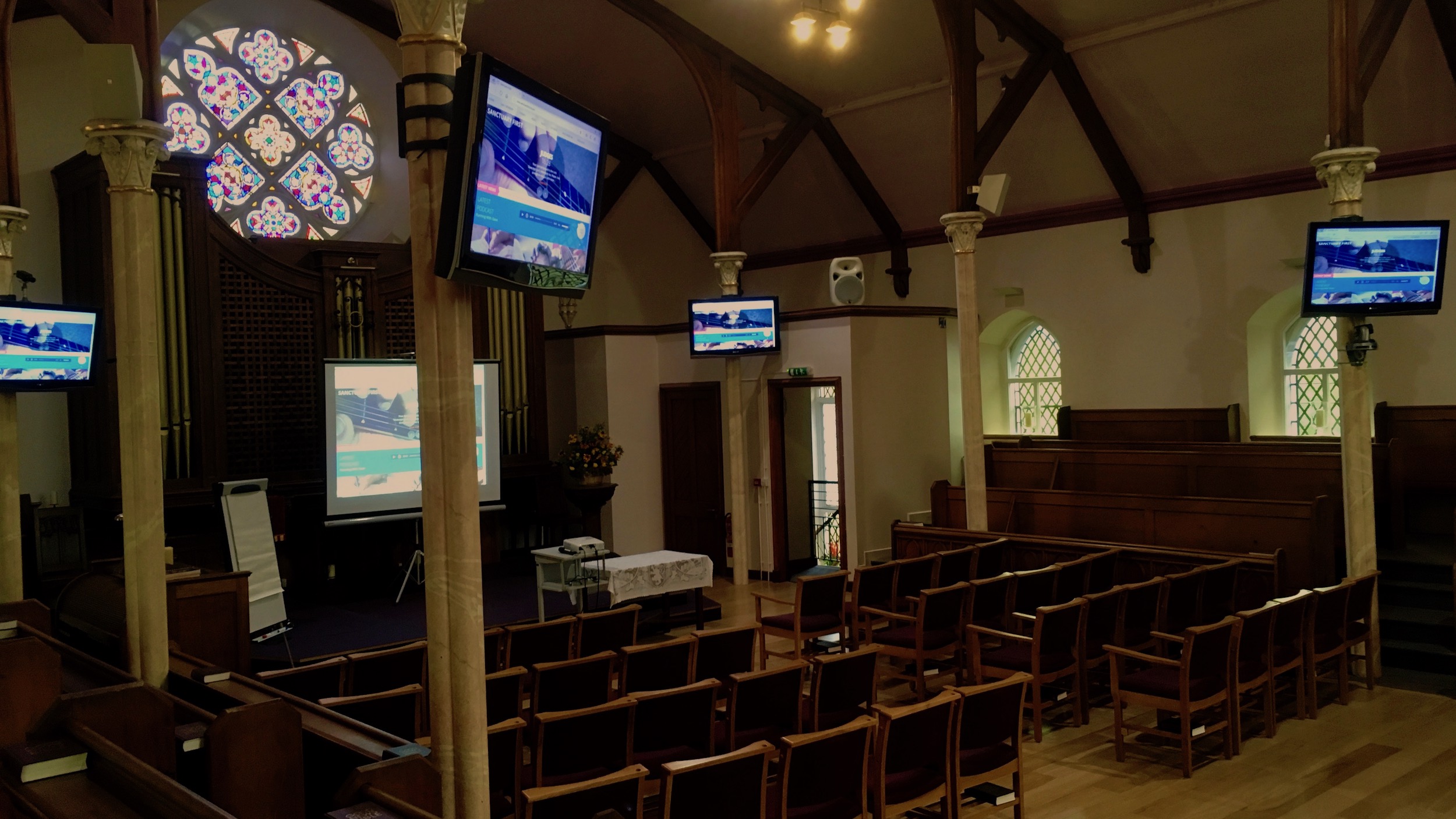 Both the Church of Scotland and the Church of England are encouraging congregations to make extensive use of the new technologies in order to communicate their vision and calling. Guidelines have even been published advising on the best use of social media and even live streaming of services. This transformation of attitude has still to begin to influence the way we train ministers  how to conduct meaningful and relevant services that can effectively engage a generation of people who may well be more willing to view a streamed service across the internet than attend a service crossing the threshold of a late victorian building.

It has also still to impact on the way we decorate and design our worship spaces. Too much of our church architecture, and weekly worship is still being shaped by the influencers who brought about the 18th and 19th century changes to church life. We now have a generations that could easily be called the ‘Magpie Membership’ for we are the generation that is living off the legacy of past generations, a legacy that we have neither paid for, or designed, or can honestly fully embrace.

I believe it is never too late to turn around if you’re on the wrong road, indeed it is the only wise thing to do. God is the God who can turn impossibilities into possibilities. Is that not what the incarnation is all about? It’s time we began to mimmic the creator and begin to be creative.

What new fresh expressions of church are you contributing to bring about? Surely we must believe that the message can and will in the end shape the medium. So Lord let your message begin to shape me!

“With you in all of this Albert. There is no going back to former times. Look forward to your…”

“Is not place a front from together sometimes must rest long time. .wait. l m remember the life story of ladi…”

“Thank you all for you comments. It is so important that we find the network of people throughout the world…”