The Gift of the Magi by O.Henry.

"ONE DOLLAR AND eighty-seven cents. That was all. And sixty cents of it was in pennies. Pennies saved one and two at a time by bulldozing the grocer and the vegetable man and the butcher until one's cheeks burned with the silent imputation of parsimony that such close dealing implied. Three times Della counted it. One dollar and eighty-seven cents. And the next day would be Christmas."

This week in the Tales from the Library Book Club, which will the last of this year’s book clubs, we will be reading the Christmas time Classic 'The Gift of the Magi' by O.Henry.

The Gift of the Magi" is a short story by O. Henry first published in 1905. The story tells of a young husband and wife and how they deal with the challenge of buying secret Christmas gifts for each other with very little money. As a sentimental story with a moral lesson about gift-giving, it has been popular for adaptation, especially for presentation at Christmas time. The plot and its twist ending are well-known, and the ending is generally considered an example of comic irony.

The story was initially published in The New York Sunday World under the title ‘Gifts of the Magi’ on December 10, 1905. It was first published in book form in the O. Henry Anthology ‘The Four Million’ in April 1906.

I Hope you can join us this week on Thursday at 3PM in the Book Club to talk about this great Short story.

The Audio book of the story will be made available within the next day or so, but if you want to get a jump and start reading then this book can also be found online and in print.

Read the book online for free along with interesting anotations of the story: The Gift of the Magi (Owl Eyes)

Buy a Print/Digital copy of the book along with Kindle and Audible versions: The Gift of the Magi (Amazon) 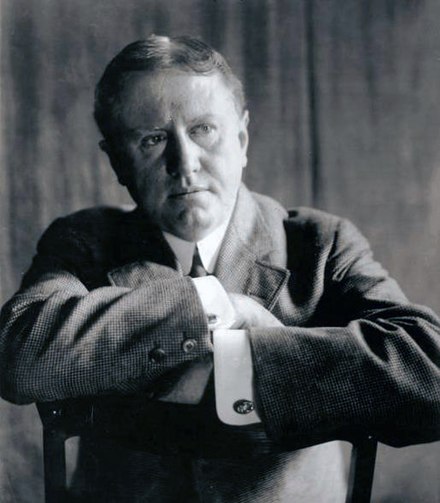 Porter was born in Greensboro, North Carolina, and later moved to Texas in 1882. It was there that he met his wife, Athol Estes, with whom he had two children. In 1902, after the death of his wife, Porter moved to New York, where he soon remarried. It was while he was in New York that Porter's most intensive writing period occurred, with Porter writing 381 short stories.

Porter's works include "The Gift of the Magi", "The Duplicity of Hargraves", and "The Ransom of Red Chief". His stories are known for their surprise endings and witty narration. Porter also wrote poetry and non-fiction.