We are delighted to share this guest blog from Scott Harman, the Executive Director of DinoMights, a sports ministry serving low income areas of Minneapolis and St. Paul Minnesota, USA. Scott was an interim Youth Worker at St. Andrew’s Church, Bo’Ness, Scotland in the spring of 2000.

On this particular day we were playing kids from the wealthier part of town. Sometimes, other teams see DinoMights, and look at the colour of their skin, or hear them speak other languages, or see they don’t have the most expensive equipment and think that they will defeat the Dinos easily. It’s not purposely hurtful, but that’s just kind of how people see people who aren’t in their own perceived group sometimes; as less than us, whoever we see ourselves to be. In other words, not as those whom we share common life or common experiences.

It was 1-1 at the end of the first period. It was a good game so far. I gave an awesome pep talk in between periods! “These guys came to play!  You’re going to have to play your best hockey to win this game.”

The puck dropped on the second period. The other team scored right away. We were trailing 2-1. “Keep your heads in the game!  You can do this!”

They rose to the challenge.

They didn’t give up.

They didn’t buy into the idea that the rich kids were superior. 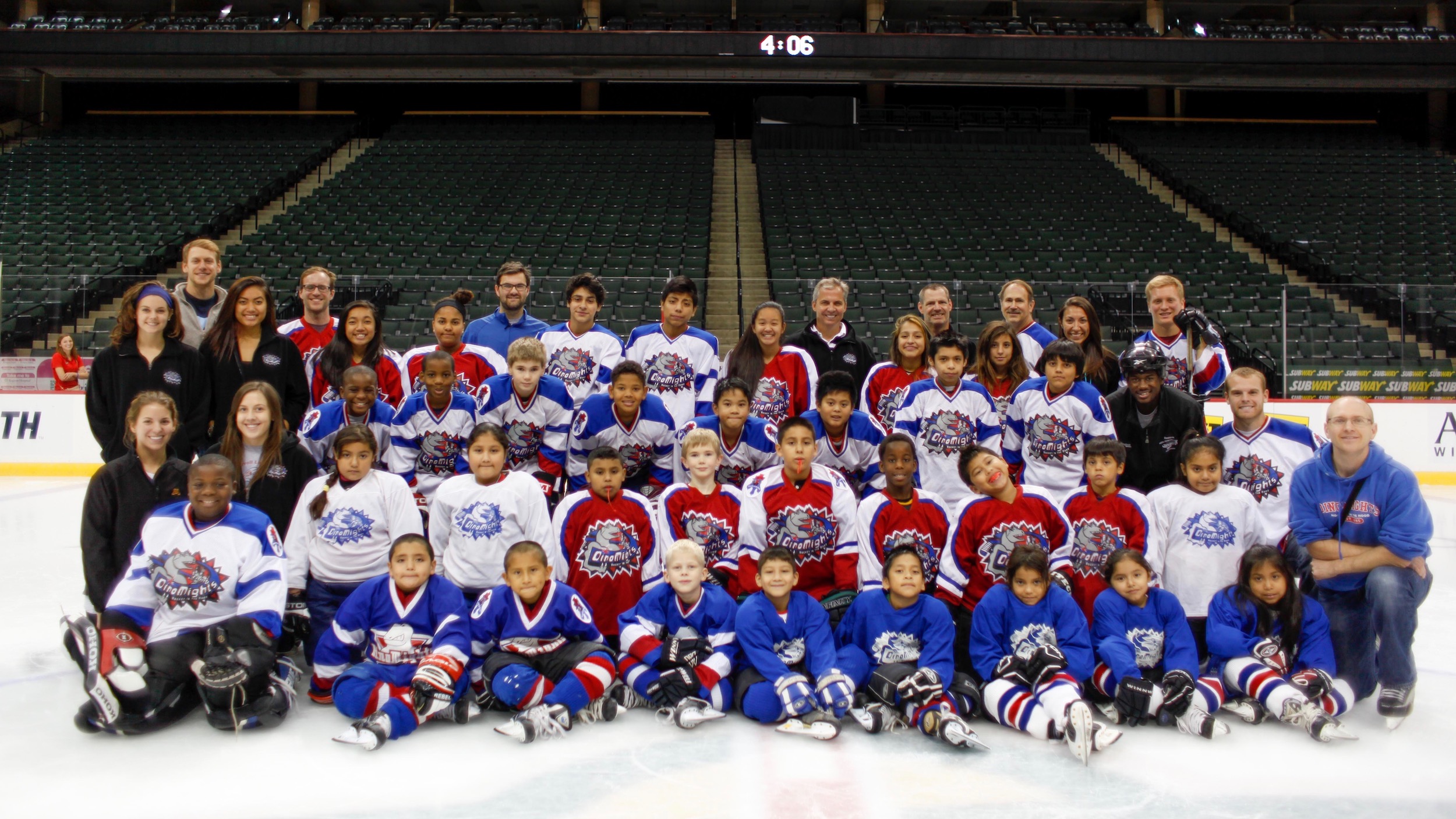 It had to be the best half period of hockey I’d ever coached. They were flying around the ice, hungry for the puck. In that moment all the inequity, injustice, inhumanity ceased to exist. We were our best selves, focused, encouraging, 15 kids and 2 coaches functioning like one perfect unit.

Ever felt like that? It didn’t have to be sports, but it could have been. Maybe it didn’t last long, but for that moment, in that place and time, perfection had been achieved. You’re not even thinking about what got you there, or what could go wrong. It’s just like having super powers!

Anytime the other team even touched the puck the DinoMights were right there.

Michael was small, but very strong.

He hit a kid in the open ice who had his head down. It wasn’t a penalty. It wasn’t against the rules. But the kid went down. The perfect game stopped for a moment as the refs and the opposing coach went to the boy to help him up. DinoMights came to the bench and said a prayer for their opponent’s health. The boy was fine. He got up and went back to the bench.

Two parents from the opposing team got out of the bleachers, walked around the rink, onto the ice and demanded that the game be stopped, because “those kids” are too rough.

Sit with that for a second.

What do you mean by that?

“Those kids?” Is that what you mean?

We were just . . . playing hockey.  Weren’t we?  Just doing our best?  What just happened? 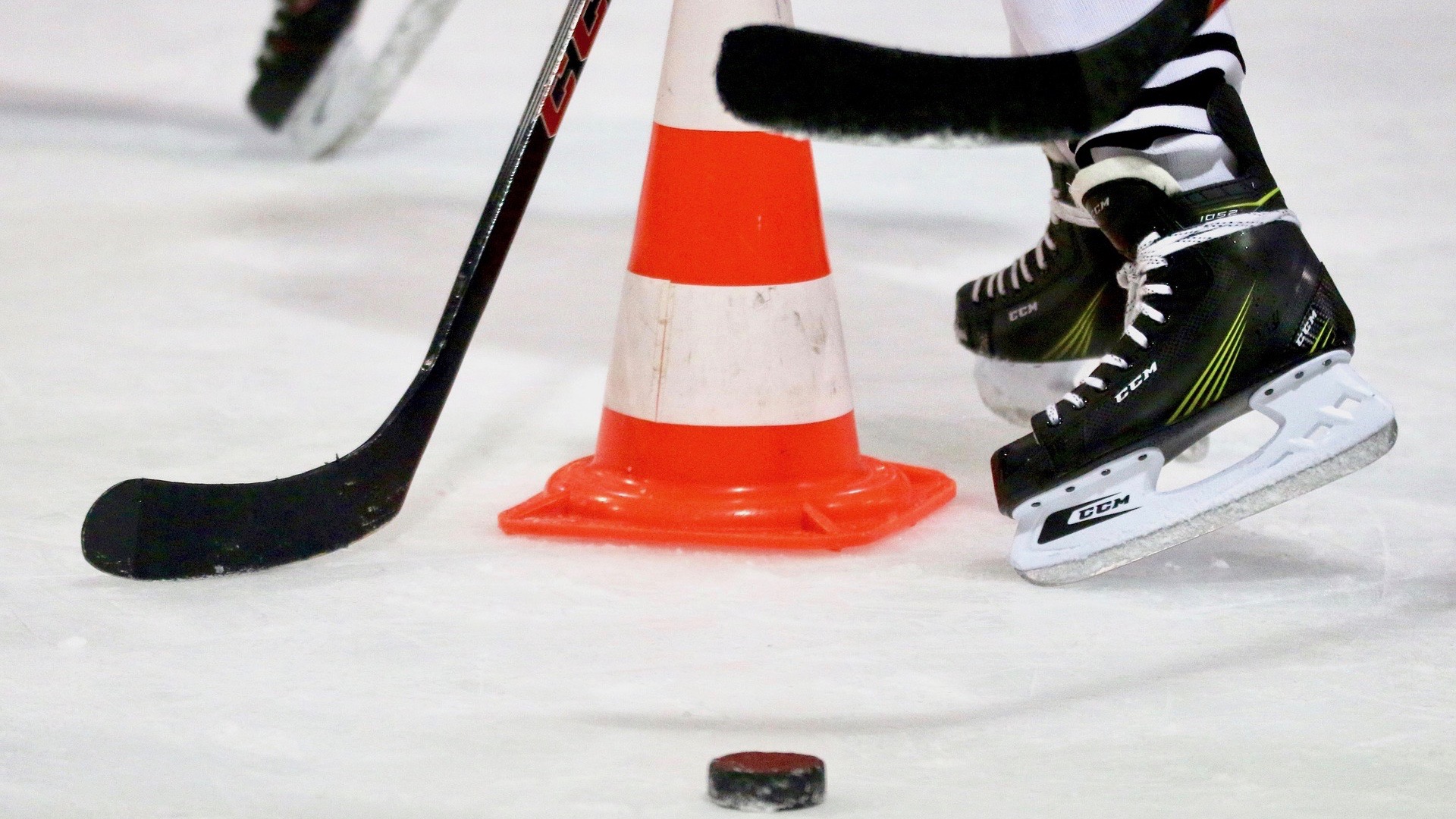 For those of you not familiar with ice hockey, let me assure you that parents coming on the ice to interrupt a game is of the highest order of unusual. There is a 4 foot wall around the playing surface, and that wall has 6 additional feet of glass to protect the viewers from being hit by a flying puck. The kids typically sit on benches on the opposite side of the rink from the parents. It takes a lot of effort for a parent to interfere that way. In over 20 years of coaching youth sports that’s the only time I’ve ever seen anyone do that.

The refs and opposing coach did the right thing. Those parents were ejected from the arena, and the game went on. Only, it was kind of over already. The wind was taken out of the sails of the game. Even the kids on the other team knew it was wrong. It wasn’t fun anymore, and everyone in the whole building on both teams knew it. We had all just experienced the absolute worst of youth sports. Grown ups trying to over-control their kids’ experience and protect them from any kind of hardship. A simple youth sporting event exposing our biases, racism, and classism in an ugly way.

We ended up winning 5-2. But… it just didn’t really matter.

We had to find an alternative dressing room after the game to avoid any further conflict with anyone from the other team.

“First of all, you all deserve to be here. You’re hockey players and you proved that on the ice with the way you played. Moreover, you had class in the face of people that don’t think you belong here. But, I’m going to be honest with you. The unfortunate truth is that you’re going to have to be pioneers. Along the way there are going to be people that for whatever reason don’t think you belong here. Might be skin colour or the language you speak at home. Might be something we haven’t even thought of. Real life hit us in a big way today. The fact is that hockey is just a way to practice facing challenges. You all rose to the challenge, not just of hockey, but of real life tonight. I’m proud of you and I’ll always love you.”

It was the absolute best of youth sports. It’s been 10 years since that took place, and those of us that were there as coaches or players still tell that story as our proudest moment. They looked each other in the eye that night and knew and embraced that the true benefits of this participation in sport were going to come through overcoming difficult situations.

Yes, the game was ruined.

But that’s not the point.

They overcame — in a way I’ll never fully understand. They stuck together. They did not fight evil with evil. They faced life with courage and character. Like they were ready for it. Like they expected challenge. 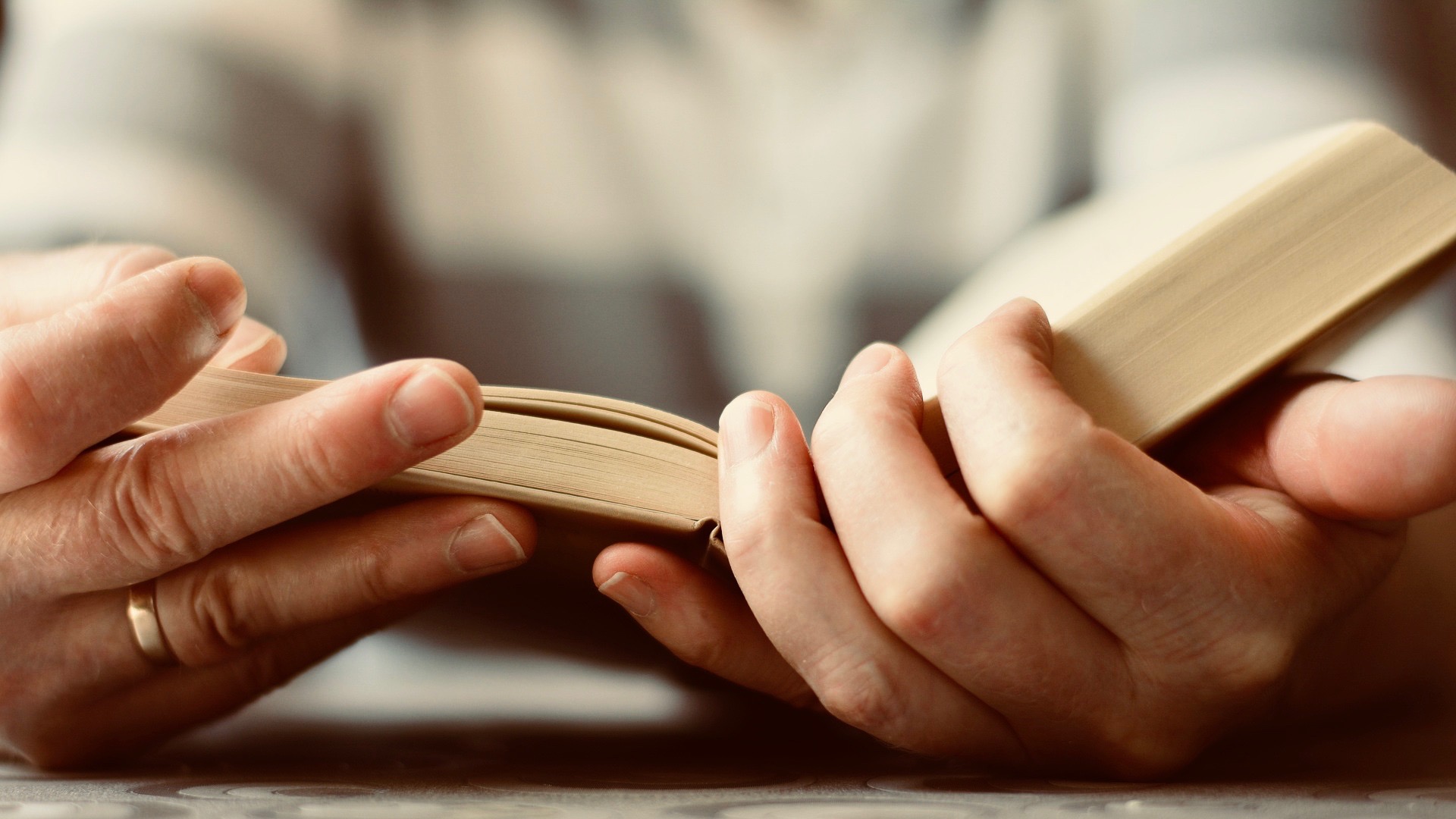 In Philippians 3 the author says, “I want to know Christ and share in the fellowship of his suffering.”

The worldview of the Biblical authors is that challenges will necessarily come our way. That’s real life. No one says that they want to suffer! No one signs up for losing a loved one, or having a disease, but guess what? You probably will lose a loved one. You may have a disease or accident or lose your job. Something “bad” is going to happen.

At least here in the U.S., I believe in the church we too often pitch the knowing Christ part without the suffering part. We pitch that if you accept Jesus, if you believe that he is your lord and saviour, then life is going to be like that part of the game where you feel like a superhero. Like the puck is going to find the back of the net every time.

We weren’t prepared for this. We blame God. Sometimes we walk away from God, because we aren’t hitting the ball anymore. Someone or thing has interrupted our perfect game, and that’s not what we were promised.

We live up to the moment. We want to know Christ AND the Fellowship of his suffering. We choose challenge. We choose to show up to practice. We choose to learn new skills. We expect things to be hard. We believe that hard things make us stronger.

So go for a run, or a bike ride. Kick the ball around the pitch. Take your kids to the pool. Have fun. Push yourself sometimes. Remember the power of the resurrection, and be not afraid of the challenges you are facing now. Be not afraid of the darkness that threatens to encroach on our world. God’s light may shine in darkness, because you were willing to embrace the fellowship of Christ’s suffering. For the power of the resurrection belongs to those who believe.